The forward payload, WFOV, is a testbed spacecraft that informs the Next Gen Overhead Persistent Infrared program (OPIR). The Next Gen OPIR program will succeed the Space Based Infrared Systems program and is designed provide a resilient space-based global missile warning capability against emerging missile and counter-space threats. Sponsored by Space Systems Command and managed by the NASA Ames Research Center, the mid-sized WFOV spacecraft is based on Millennium’s AQUILA M8 affordable platform series and hosts a transformational OPIR six-degree staring sensor developed under a separate contract by L3Harris Technologies. The WFOV testbed is designed for a 3- to 5-year life with a total mass up to 6,613 lbs (3,000 kg) and a payload accommodation over 771 lbs (350 kg). WFOV’s primary mission in orbit is to explore future missile warning algorithms with data collected in space.

The aft payload is a propulsive ESPA named the USSF-12 Ring. The Ring is a classified mission to demonstrate future technology for the Department of Defense.

The spacecraft are encapsulated in a 17-ft (5-m) diameter short payload fairing produced in the advanced Out-of-Autoclave manufacturing process. The 5-m PLF is a sandwich composite structure made with a vented aluminum-honeycomb core and graphite-epoxy face sheets. The bisector (two-piece shell) PLF encapsulates both the Centaur and the satellite. The vehicle’s height with the 5-meter short PLF is approximately 196 ft (59.7 m).

The Centaur second stage is 10 ft (3 m) in diameter and 41.5 ft (12.6 m) in length. Its propellant tanks are pressure-stabilized and constructed of corrosion-resistant stainless steel. Centaur is a cryogenic vehicle, fueled with liquid hydrogen and liquid oxygen, powered by an RL10C-1 engine producing 22,900 lbs (101.8 kilo-Newtons) of thrust. The cryogenic tanks are insulated with a combination of helium-purged blankets, radiation shields and spray-on foam insulation (SOFI). The Centaur forward adapter (CFA) provides structural mountings for the fault-tolerant avionics system and structural and electrical interfaces with the spacecraft. 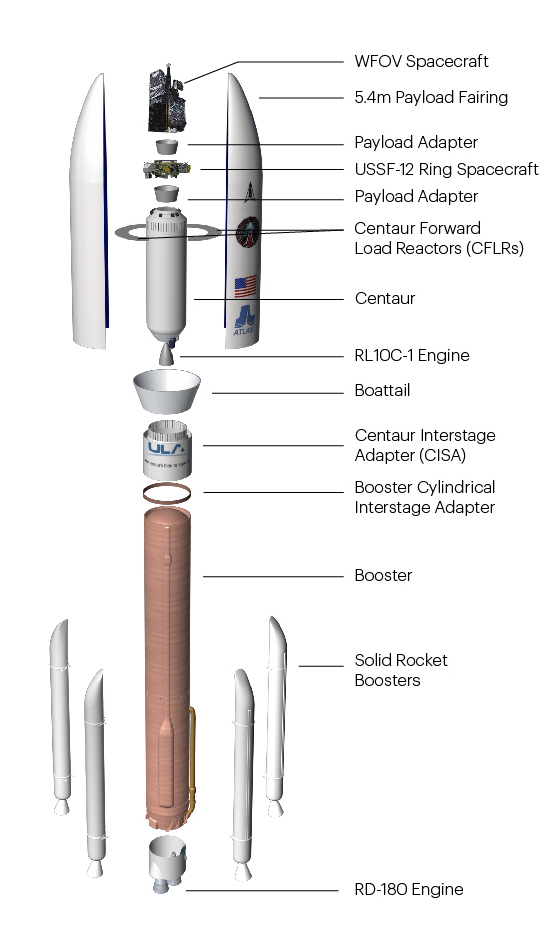 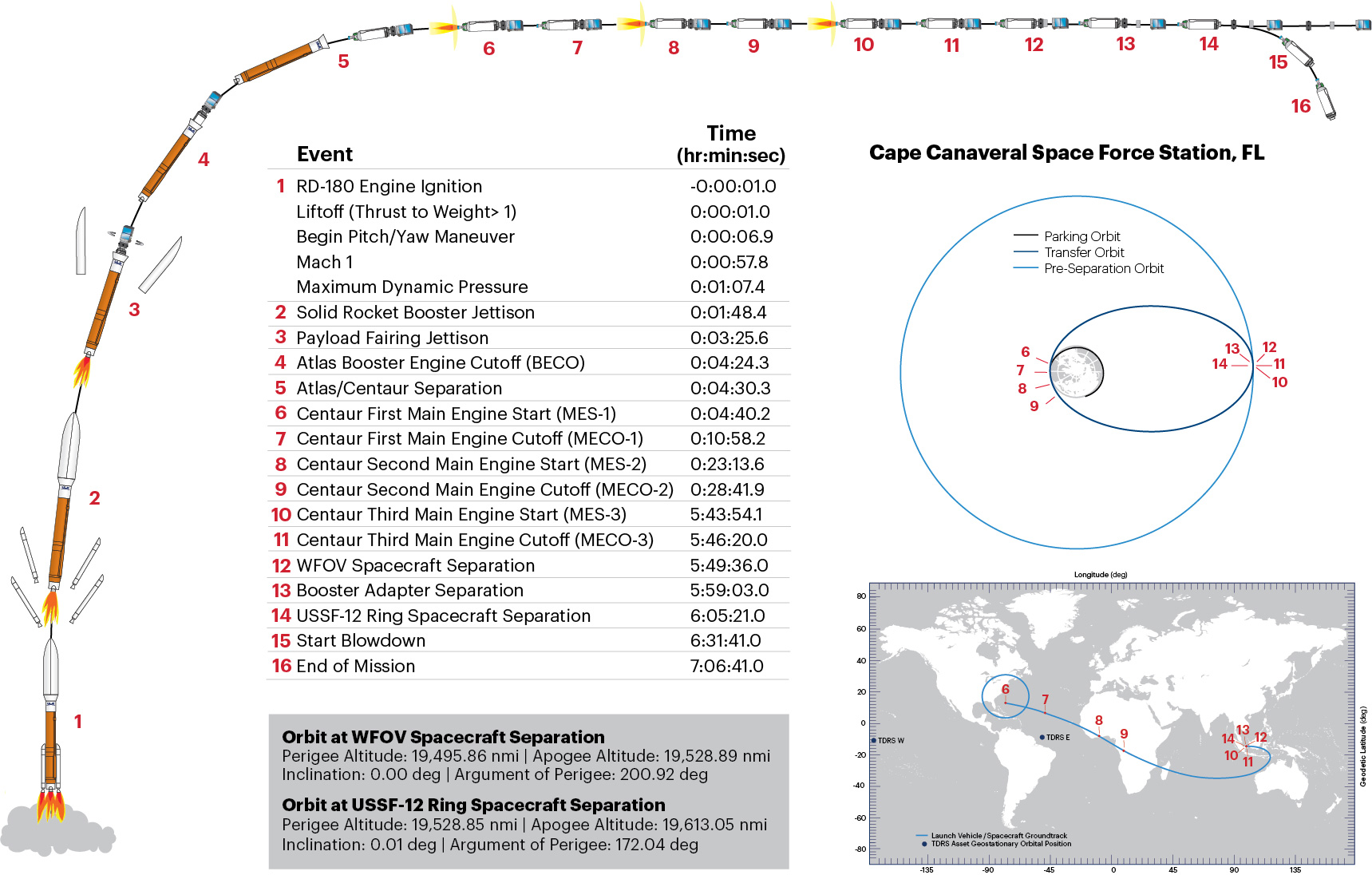 Space Launch Complex-41, the East Coast home of the Atlas V rocket at Cape Canaveral Space Force Station in Florida, employs a “clean pad” concept of operations to ready launch vehicles and payloads for ascent into space. The rocket elements are assembled atop a Mobile Launch Platform inside the Vertical Integration Facility (VIF) located adjacent to the launch pad. The platform and fully stacked Atlas V then travel by rail approximately 1,800 feet northward from the VIF to the pad for the final countdown, fueling and liftoff. Complex 41 was constructed by the U.S. Air Force in the 1960s for the Titan rocket program. The site was rejuvenated in support of the Atlas V starting in the late 1990s. 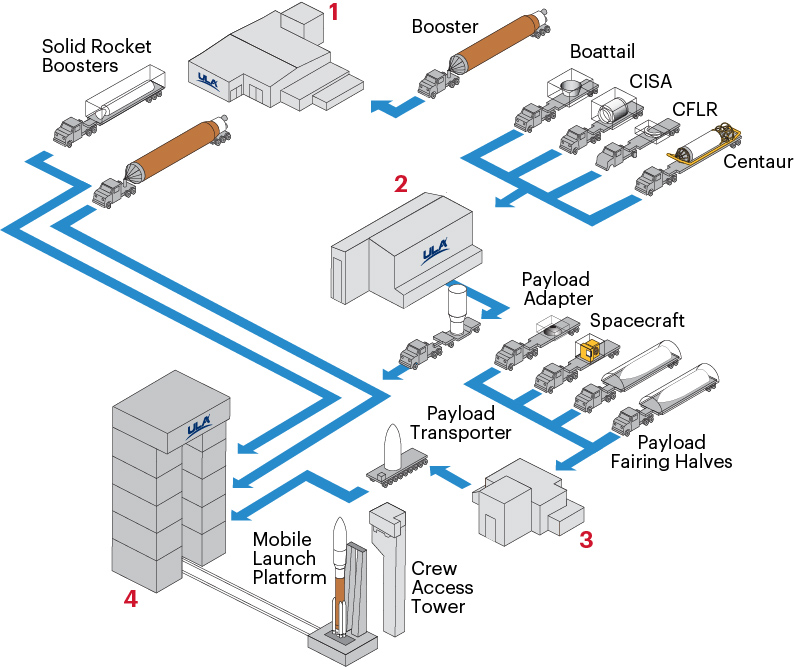 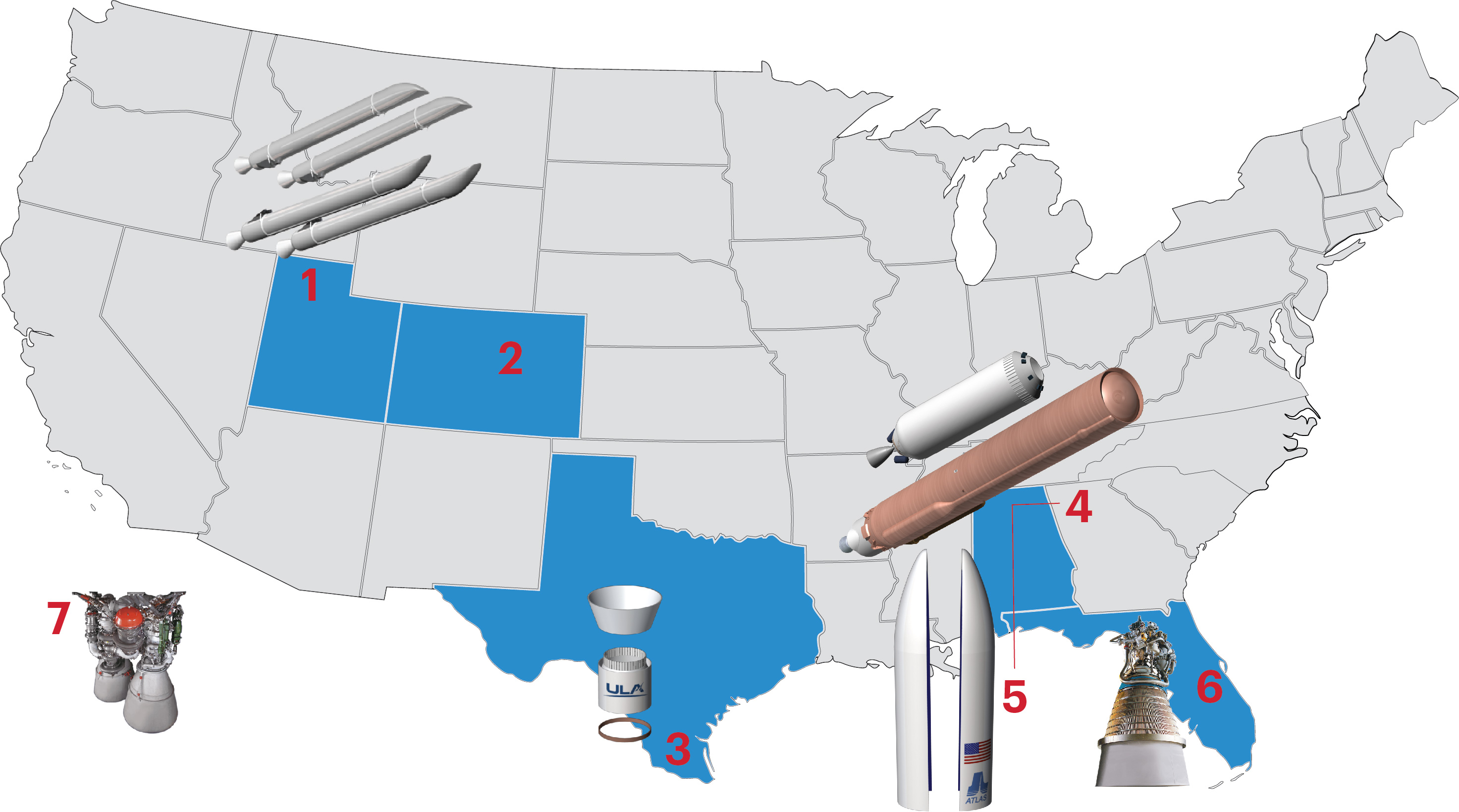 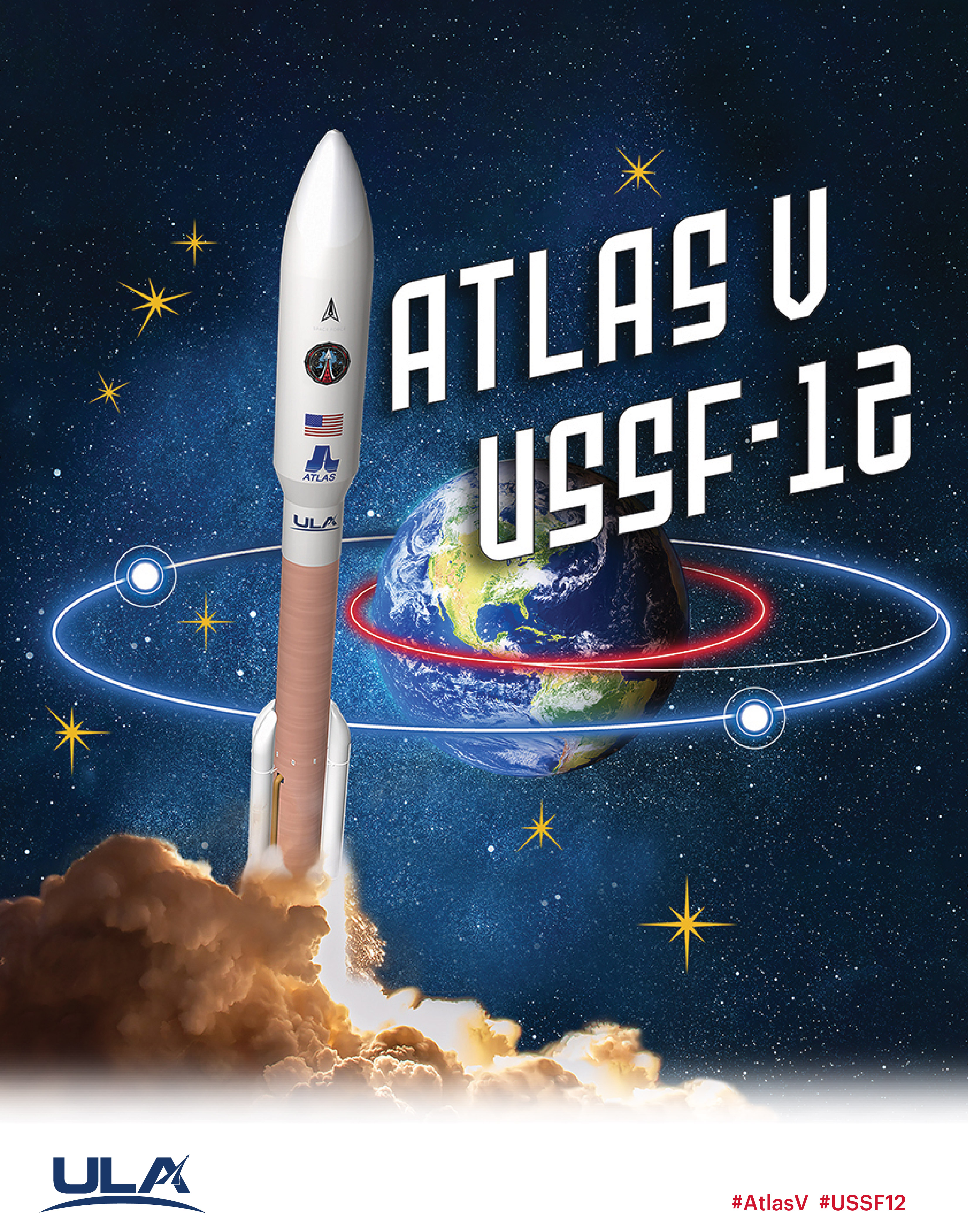