When the United States needs eyes and ears in critical places where no human can reach – be it over the most rugged terrain or through the most hostile territory – it turns to the NRO. The NRO is the Department of Defense organization responsible for developing, acquiring, launching and operating America’s reconnaissance satellites, as well as operating associated data processing facilities in support of national security.

The NRO uses a variety of satellites to meet mission needs—from small sats to more traditional, larger satellites. This allows the NRO to pursue a hybrid architecture designed to provide global coverage against a wide range of intelligence requirements, carry out research and development efforts, and assist emergency and disaster relief efforts in the U.S. and around the world. The NRO never loses focus on who they are working to protect: our nation and its citizens.

The payload fairing is a composite bisector (two-piece shell), 5-meter diameter fairing. The PLF encapsulates the spacecraft to protect it from the launch environment on ascent. The vehicle’s height, with the 63-ft (19.2-m) long PLF, is approximately 233 ft (71.0 m).

The Delta Cryogenic Second Stage is a cryogenic liquid hydrogen/liquid oxygen-fueled vehicle, powered by a single RL10C-2-1 engine that produces 24,750 lbs (110.1 kilo-Newtons) of thrust. The DCSS propellant tanks are structurally rigid and constructed of formed aluminum plate, spun-formed aluminum domes and aluminum ring forgings. The tanks are insulated with a spray-on insulation and helium-purged insulation blankets. An equipment shelf attached to the aft dome of the DCSS liquid oxygen tank provides the structural mountings for vehicle electronics. 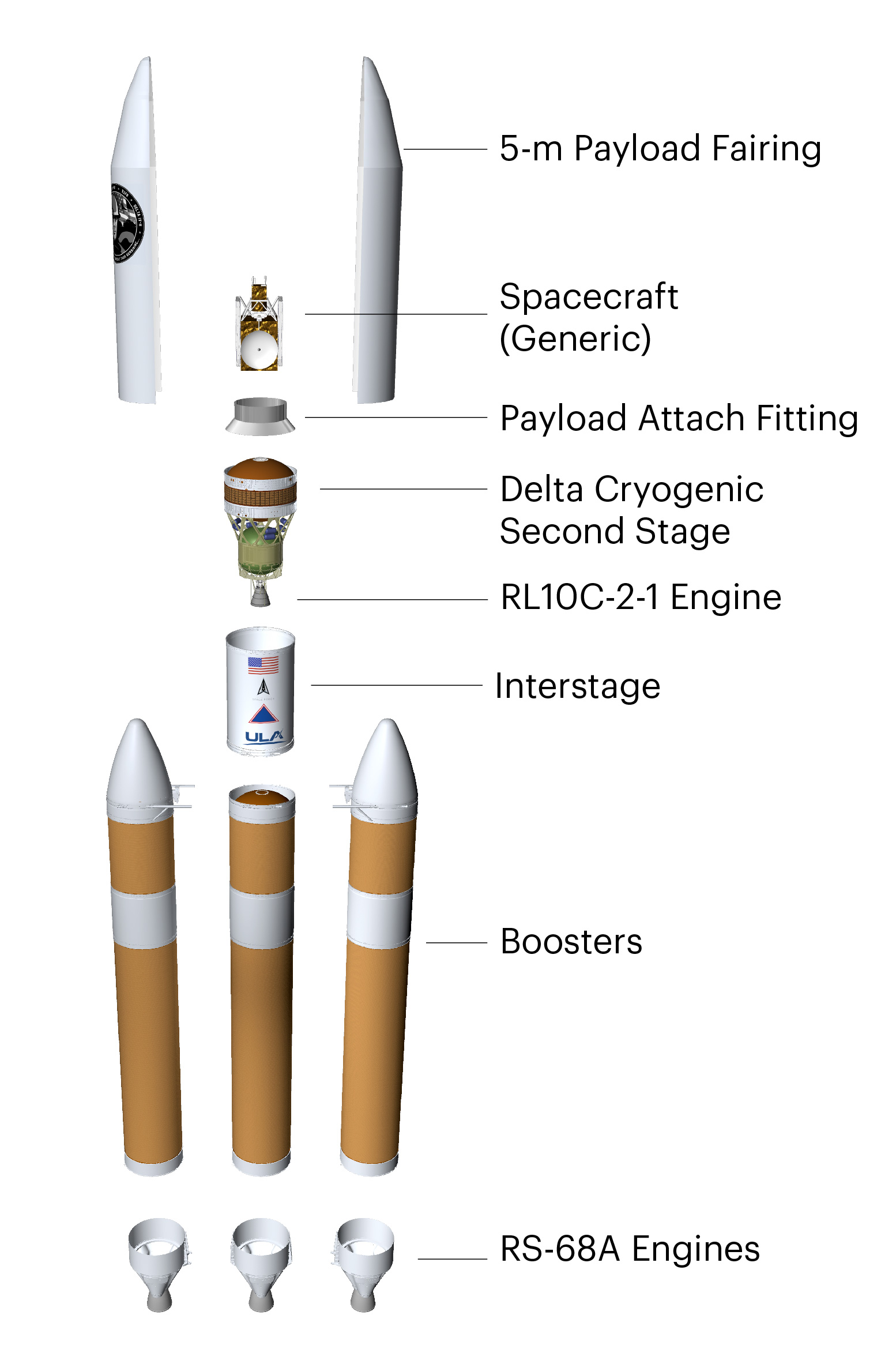 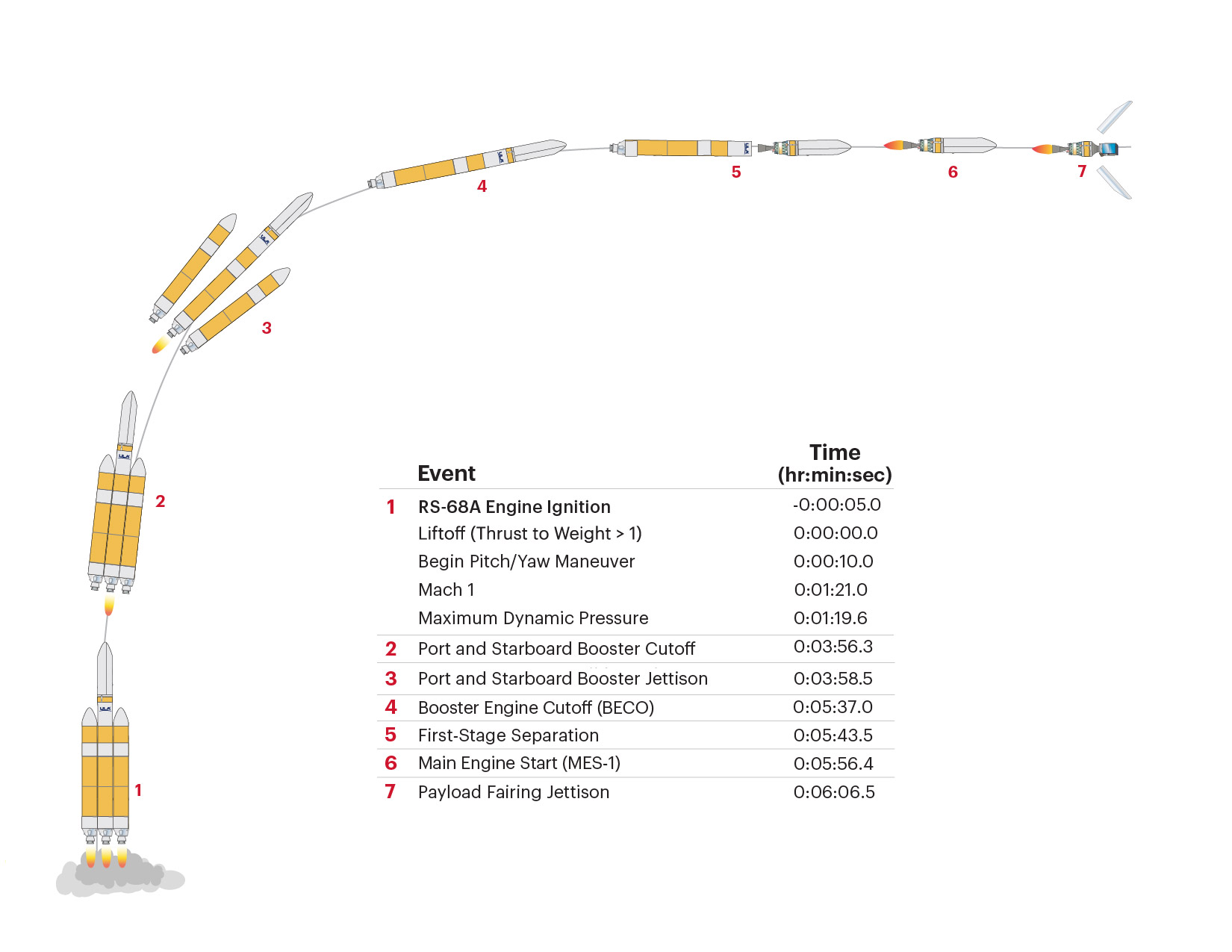 Space Launch Complex-6 (SLC-6), the West Coast home of the Delta IV rocket at Vandenberg Space Force Base in California, is a classic launch pad design with a Fixed Umbilical Tower (FUT) and a Mobile Service Tower (MST). The stages of the rocket are assembled in the nearby Horizontal Integration Facility (HIF), then rolled to the pad for attachment of the payload, final testing and the countdown. The site also features a Mobile Assembly Shelter (MAS) that provides full enclosure of the rocket from the weather during pre-launch preparations. The MST and the MAS are retracted to unveil the rocket prior liftoff. 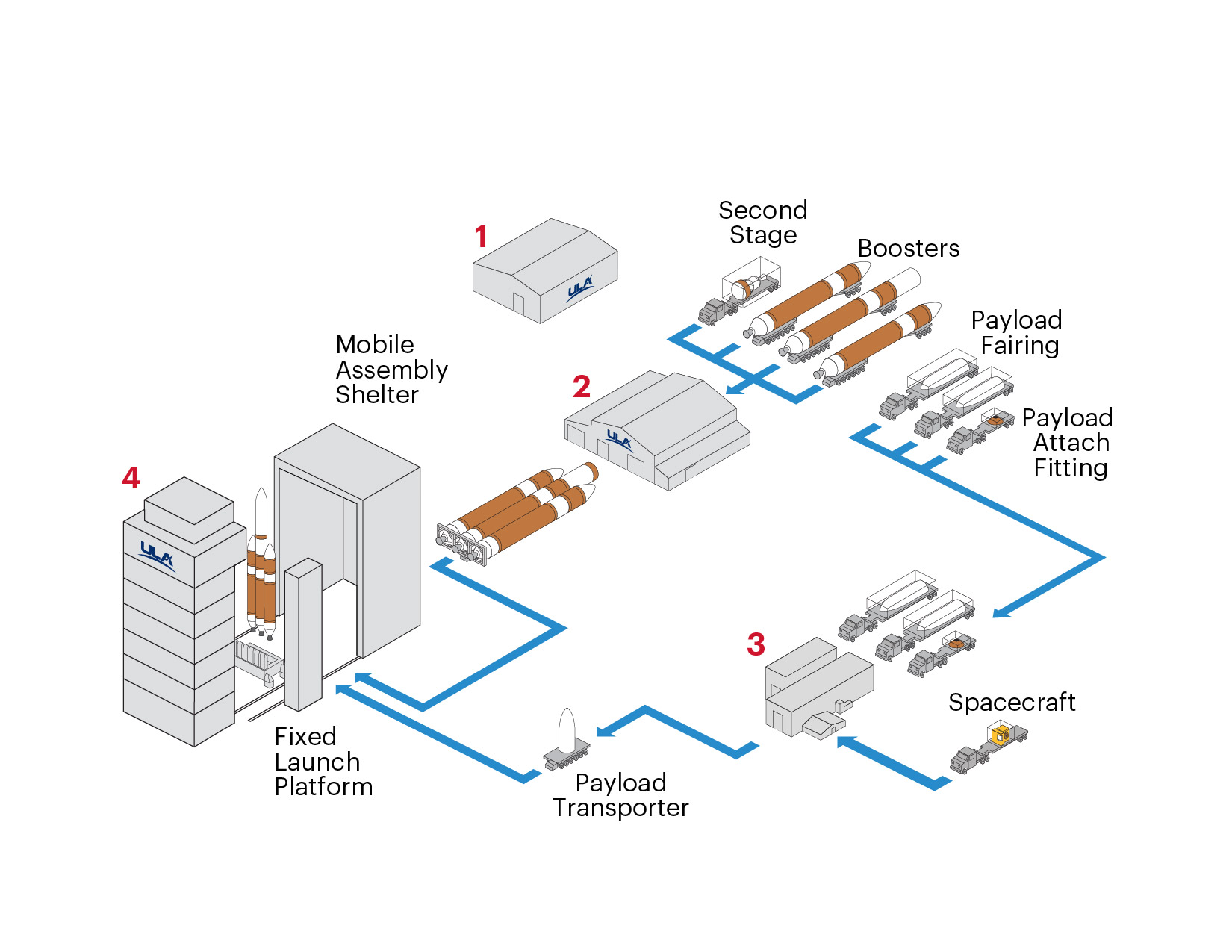 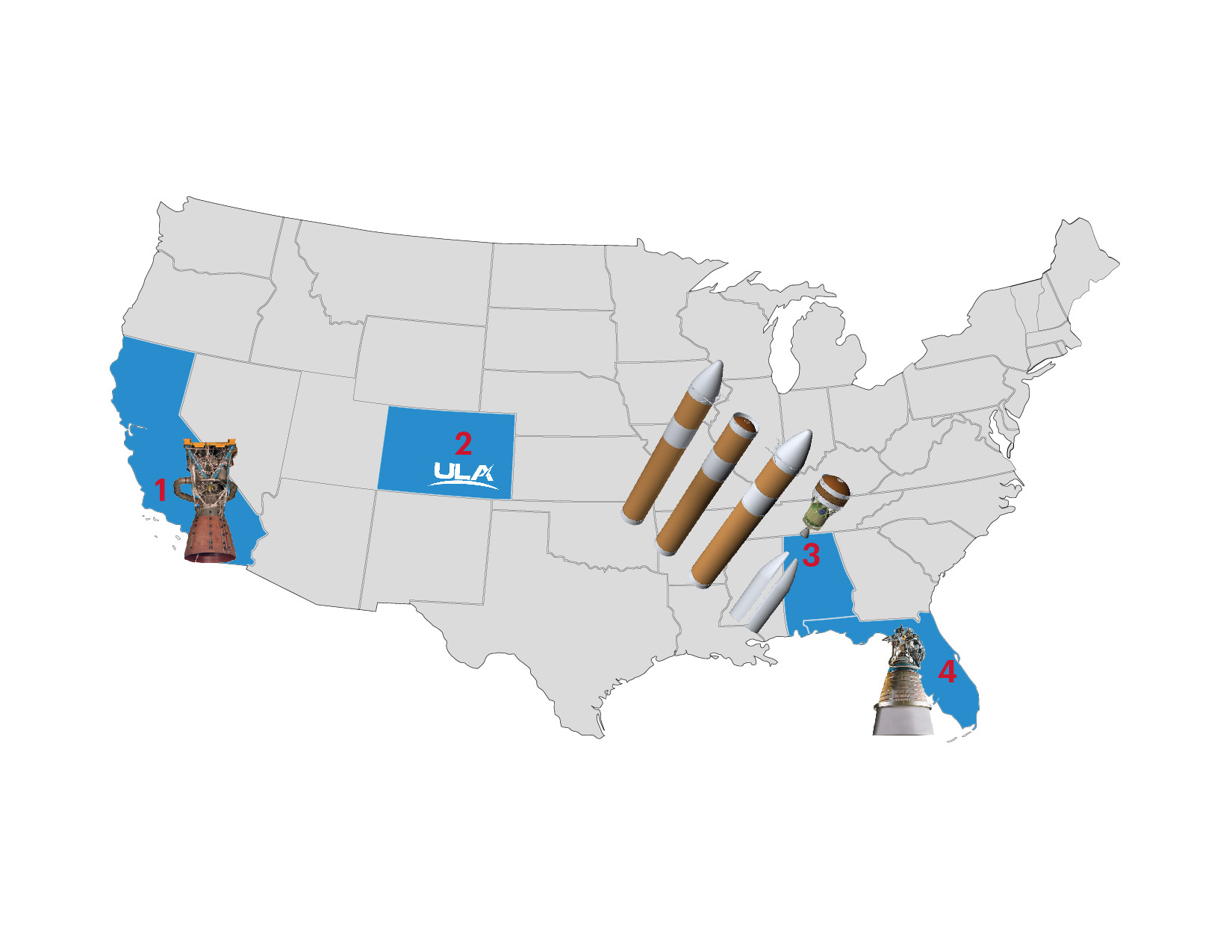 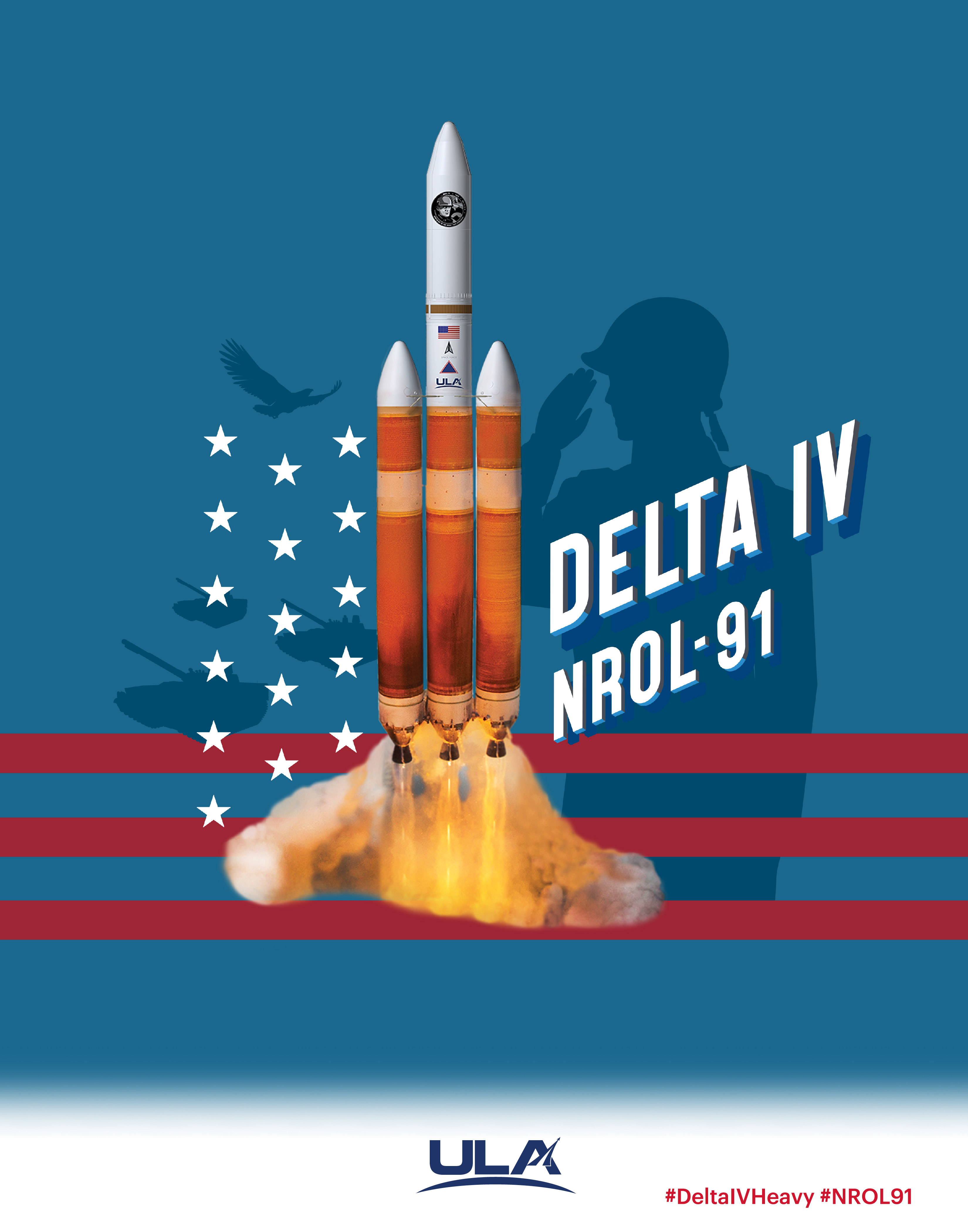