The United Launch Alliance Atlas V rocket has achieved a major milestone in preparation to launch the Mars 2020 mission on July 22 to investigate whether life ever existed on Mars. 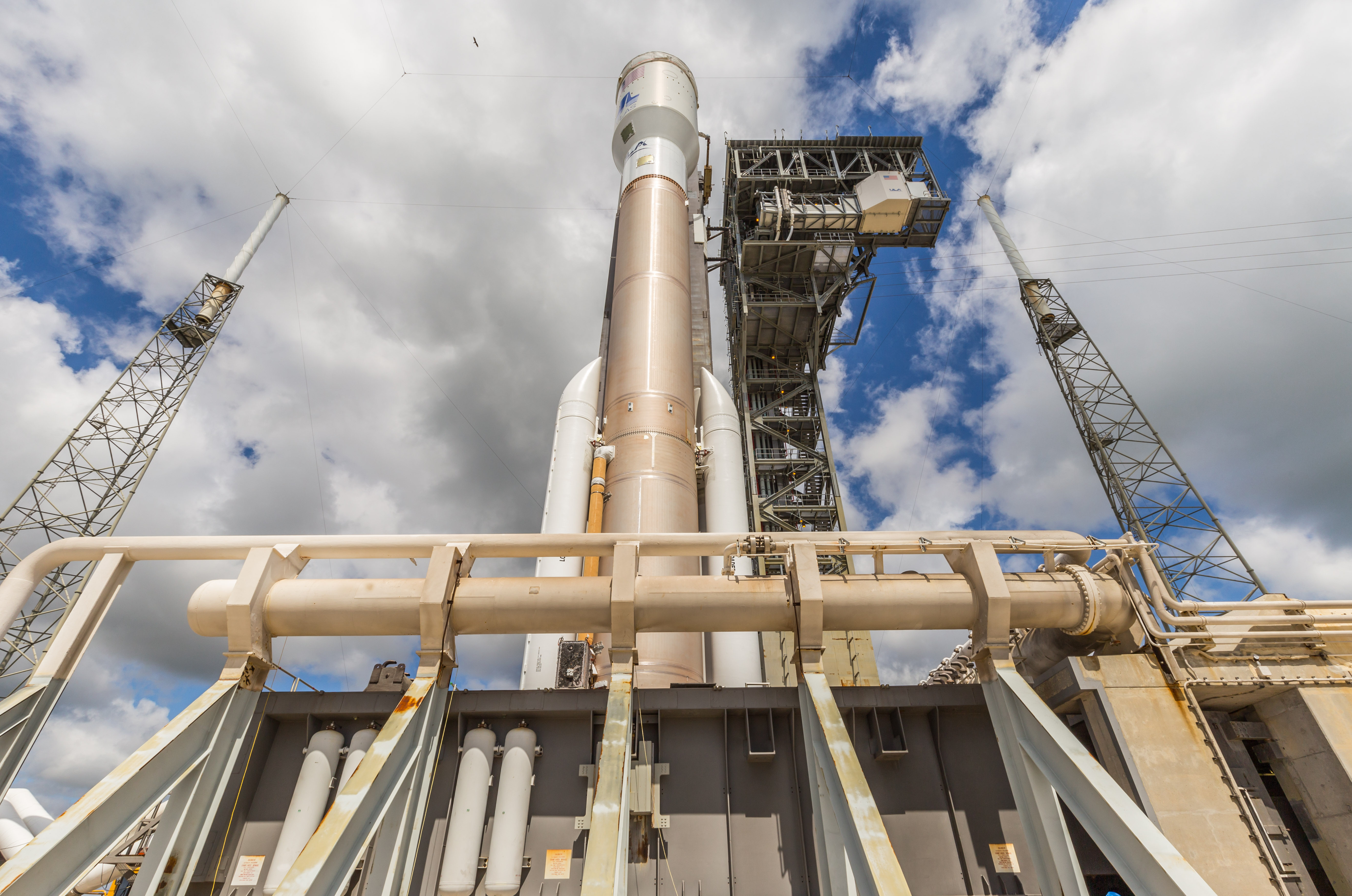 Known as a Wet Dress Rehearsal (WDR), teams from ULA and NASA this past week successfully completed the test that demonstrated the rocket's rollout and day-of-launch countdown operations at Cape Canaveral Air Force Station, Florida.

The assembled rocket, minus the payload, was transported aboard the Mobile Launch Platform (MLP) from the Vertical Integration Facility (VIF) to the launch pad at Space Launch Complex-41 on Saturday, June 20.

After reaching the pad, the first stage was loaded with its flight supply of 25,000 gallons of RP-1, a highly refined kerosene. That fuel will remain inside the rocket through launch day, a standard practice for Atlas rockets that undergo a WDR.

The countdown on Monday, June 22, was initiated at dawn under the control of ULA Launch Conductor Scott Barney and his team of console operators stationed in the Launch Control Center at the Atlas Spaceflight Operations Center.

The launch team configured the Atlas V for cryo loading and approximately 66,000 gallons of liquid oxygen and liquid hydrogen filled the rocket's tanks using the same procedures that will be executed on the actual launch day. 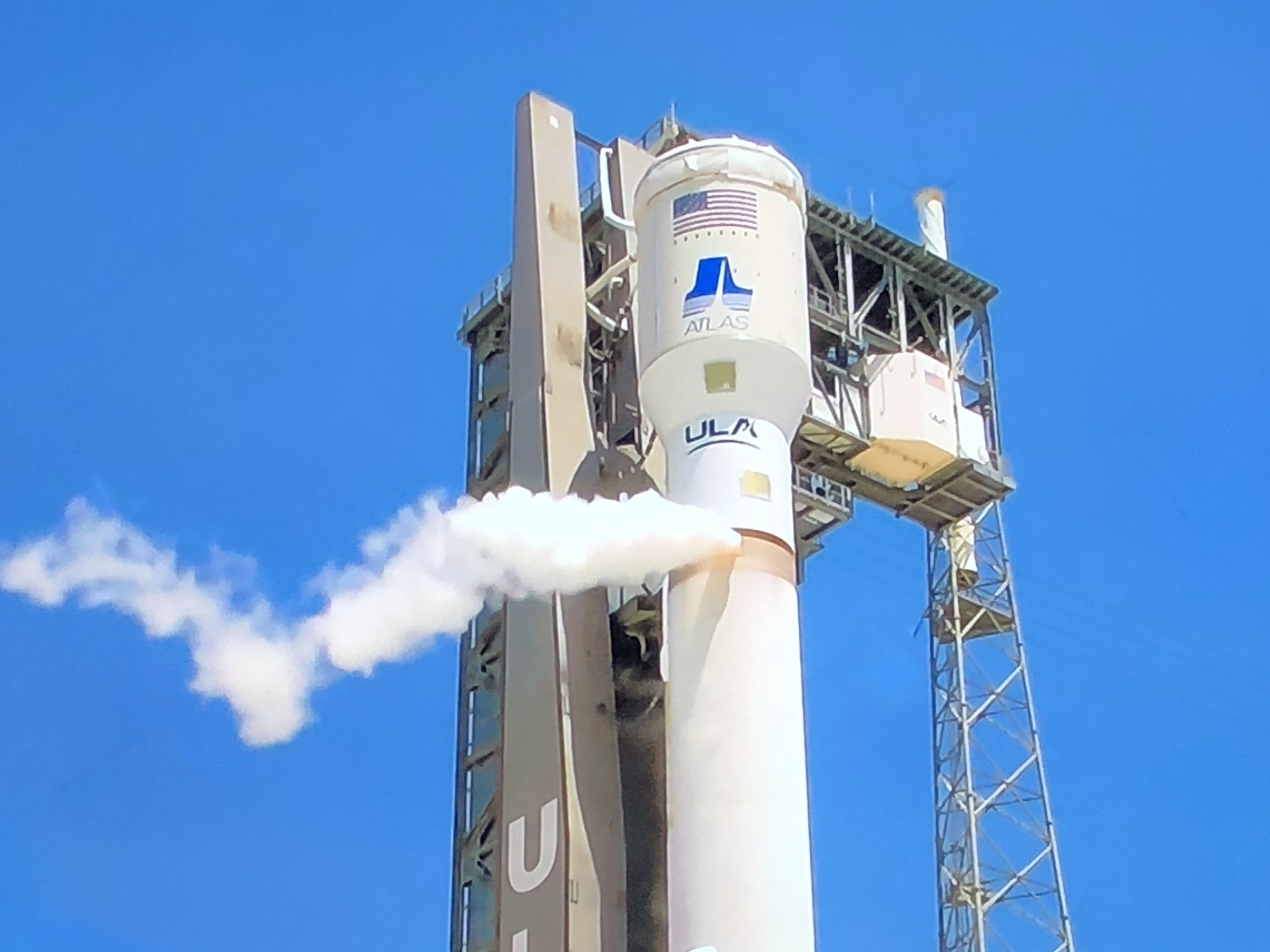 The final phase of the countdown progressed smoothly with all planned activities completed. The rocket's tanks were pressurized, systems armed and the vehicle placed on internal power.

The count finished at the scheduled cutoff point just prior to ignition time at 1:55 p.m. EDT (1755 UTC).

The rocket was safed and cryogenic tanks drained to conclude the test. The rocket was returned to the VIF on Wednesday, June 24 after the hardware warmed up and the MLP could be disconnected from the pad facility. The Perseverance rover and Ingenuity helicopter, packaged within its descent vehicle and encapsulated in the payload fairing, is scheduled to arrive at the VIF soon for hoisting atop the Atlas V to produce a 197-foot-tall rocket for launch.

WDRs are milestones meant to mitigate any issues before the actual launch day arrives. Typically, they are performed during the launch campaign for all planetary missions that have very short timeframes to launch. Missing that launch period would mean lengthy delays to wait for the next opportunity.

In the case of Perseverance and Ingenuity, they have a three-week window in which to launch when Earth and Mars are aligned to carry out the spacecraft's interplanetary trek.

Mars 2020 will reach its destination next February for entry, descent and landing to begin searching for evidence of life persevered in rocks and sediments with an ancient river delta near the Martian equator.